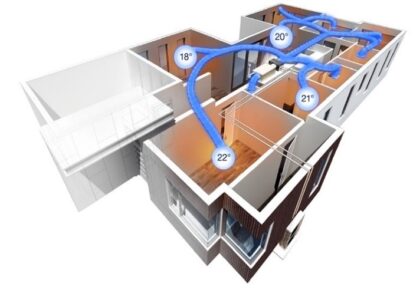 In contrast, to zone less AC systems, air conditioning zoning is the more environmentally friendly and controlled way of cooling a house, office, or other indoor areas. Gone are the days when the whole AC system unit had to be switched on or off with no options in between. There is a wide variety of air conditioning zone controllers on the market, each with its own set of features and pricing points. Research is essential when considering zone control or a new zonal ducted heating and cooling system. This means consulting and collaborating with HVAC experts to develop a solution that is right for you

A ducted air conditioning zoning allows you to control and manage the cooling and heating effect in each area, or “zone,” of your house rather than having to heat or cool the entire building to the same temperature. A zoning system allows you to set various temperatures for specific rooms or parts of your house.

In central ducted systems, there is just one thermostat to control the heating and cooling airflow of the whole house. Once the thermostat is set to heat or cool, there is no way to adjust the temperature in each area in the home except by physically turning off the connections in each room. This manual approach is time-consuming and may damage the air conditioning grille or diffuser. And by shutting off too many outlets, reduces airflow which may reduce the air conditioner lifespan. So,  Air conditioning zoning is the solution to this problem. This method conserves energy where heating or cooling effects are not necessary for some rooms.

What is the purpose of air conditioning zoning?

A zoning system is a professionally built control system that includes a damper and thermostat (optional) for each space or zone in the home. This control system is linking to a central control panel, which coordinates the calls from each thermostat with the zone dampers in the AC ducts. Ducted air conditioners are intended to keep your house at a comfortable temperature at all times of day and night, regardless of the weather. Modern homes contain rooms that are occupied differently at different times of the day and night. And this kind of home needs zoning to keep its cooling effects functioning. The following are some of the benefits of house air conditioning zoning:

For example, in a four-bedroom, a 14kw ducted air conditioner is required to keep the temperature stable in hot weather. By including two “zones” into the system for rooms that are rarely in use, you may decrease overall unit capacity and select 12.5kW air conditioners instead of 14kw, lowering energy usage and initial system costs.

Electrically operated dampers in your ductwork are the key to a zoning cooling system because dampers function similarly to valves. It regulates the flow of cool/hot air within the house. So, the thermostat is the optional component of a zonal heating and cooling system. Each zone can have a thermostat that controls the current room temperature. When a region requires more cooling or heating from the air conditioner units, the thermostat instructs the damper to open and also allows more air to pass through. Similarly, when a section reaches the desired temperature, it shuts the dampers and distributes the air to the remainder of your house. 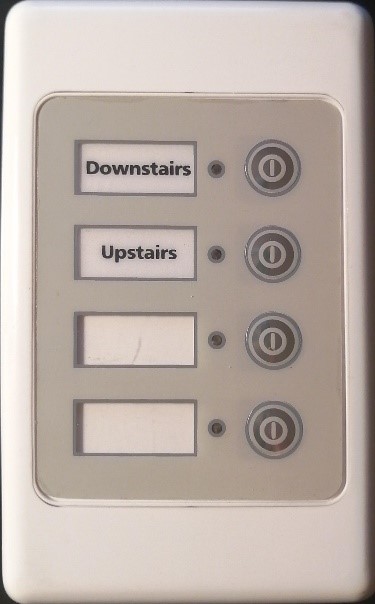 How much does basic zoning cost?

The upfront cost of one established zone will be about $200, and each subsequent one will be around $100-120, depending on the size of the flexible ductwork.

Spill Zone is a security measure in AC controllers to protect your air conditioning from harm caused by low airflow at the indoor unit located in the roof space. Each region control system theoretically has the potential to cut off outlets, preventing air movement, because it may be an issue if the air conditioner is operating. This may result not only in low airflow in your indoor unit but also in causing an incomplete refrigeration cycle and may damage the heart of the air conditioning system compressor. And this can be costly to repair. Often, a room (typically the living room) in your ducted network will be considered as a spill zone. And airflow will be delivered to this room to sustain ducted unit airflow if the user switches all zones off.

A central ducted air conditioning unit in the absence of zoning technology cools the entire house or apartment at once. Every space gets the relevant airflow irrespective of room size, the number of people using (or not using) that room, the sun striking one part of the house, or, most crucially, individual temperature preferences.

So, it keeps the perfect temperature for each room owning up to 14 zones in the control system. It has a control algorithm transforming zone dampers into amazingly precise airflow monitoring devices that change automatically in 5% increments in each zone. That is ultra-fine control, which will maximize efficiency while lowering expenses. Likewise, iZone offers you more control of the AC unit from anywhere, at any time, which is suitable for increasing efficiency and savings.

In addition, Due to its WI-Fi enabling ability, users can use their smartphone or tablet to manage their air conditioning system, hoping everyone in the family can come home to a comfortable temperature.

Installation of Smartzone control begins at $800-1000$ for the basic model and goes up to $2000 for higher modes. Also, the price varies depending on the total number of zones you have. 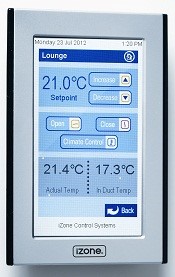 Since it is WI-FI enable, it requires a WI-FI connection to keep it operating optimally. 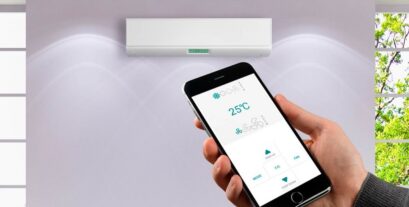 There is a vast array of smart air conditioning systems on the market. Each brand and its model has advantages and disadvantages, with price being an element that increases as the functionalities increase. With this factor, you get what you charge for, and it all ultimately boils down to value for money. If you can manage to pay a little upfront and value the extra features, the more developed brand and model smart AC units may be the best for you. With the additional efficiency of more developed models, you can save money over time. However, savings are dependent on how frequently you use the AC system and how often it is well maintained. The fact is dirty air filters can reduce the unit energy performance and efficiency, negating any benefits of acquiring any brand. 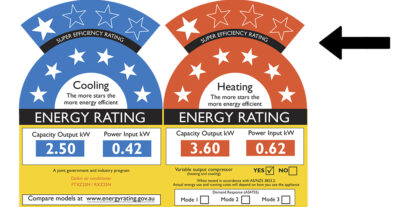 Efficiency is one of the most significant factors to be considered when selecting an air conditioner. And how would we describe air conditioner efficiency, and what requirements can we trust when the most effective products are searched for? It varies based on where we enjoy living, and standards can vary because there are many terms that we need to grasp to make effective choices. In recent years, there have been efforts by governing bodies and HVAC standards organizations to create objective criteria that we can use to determine HVAC products’ effectiveness easily.

However, it depends entirely on the countries in which we live. These requirements can still vary, and even there are specific standards to provide a more accurate efficiency index. Let’s glance at some of these standards for global air conditioning efficiency. 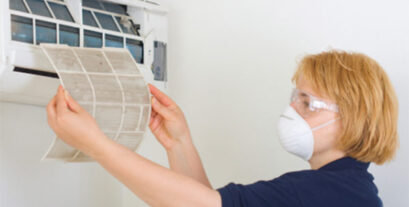 If you want your air conditioner to run efficiently and smoothly for a long time, it is important to ensure the proper maintenance of the air conditioning system. The most significant maintenance task is the cleaning and replacement of the air filters from time to time. The air that passes through the air conditioner contains pollutants like dust mites, debris, mold, and mildew. Therefore, it becomes essential to clean the filters, especially if anyone in the house has allergies. Following are some of the reasons for cleaning air conditioning filters.

Best competitive price on the market

Thank you for your request

our managers will contact you within one working day

Go back to home